The fire broke out at the 33-story building around 11 p.m., and continued burning through Friday morning, authorities told CNN. Photos of the scene show black smoke billowing above the building, and blackened debris scattered along the street.There have been no deaths reported so far. 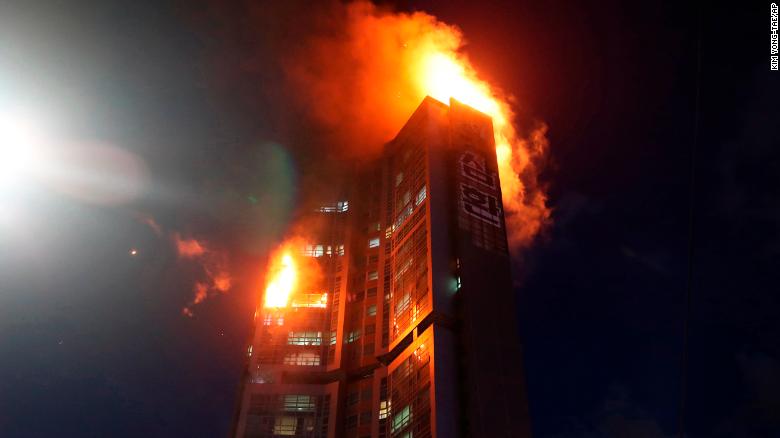 The fire broke out at an apartment building in Ulsan, South Korea, on October 9.

Ulsan is located on South Korea’s southeast coast, near the city of Busan.
The first emergency call was made by a resident on the 12th floor, but it’s not clear where the blaze started and what caused it, said the fire department. The Ministry said it appears to have spread from one of the lower floors up to the top floor, burning the building’s outer wall.
Authorities said the fire department’s quick response was likely why there weren’t major casualties; firefighters arrived at the building five minutes after receiving the first call.

More than 1,000 personnel were deployed, said the fire department, including 930 firefighters and 75 other emergency responders.
Strong winds fanned the flames and made it difficult to completely extinguish the fire, with embers flaring up for hours afterward, according to Yonhap, the country’s government-funded news agency. 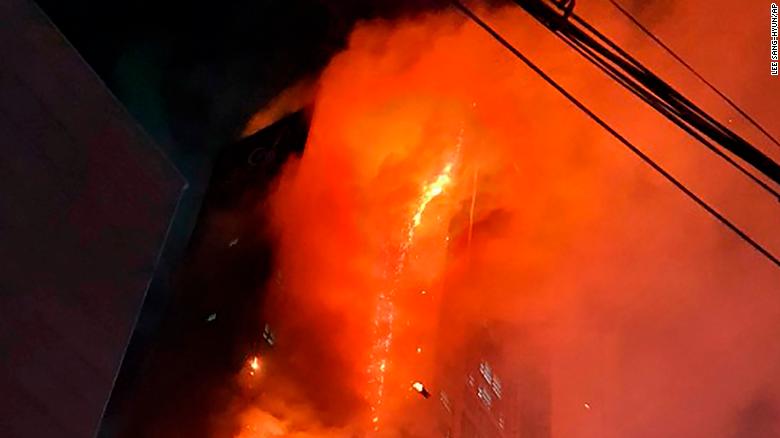 88 people were hospitalized for smoke inhalation and other minor injuries, according to Ulsan authorities.

As of Friday morning, flames are still burning on the top three floors on the west side of the building, fueled by winds blowing from east to west, said the fire department. 200 firefighters are now taking shifts to search the building floor-by-floor.

South Korea has faced several major fires in the past few years, the most recent being a fire in the city of Icheon this April. The fire, which broke out at a construction site, killed 38 people and injured at least 10.